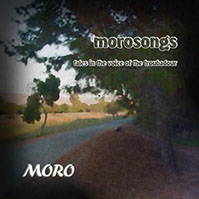 LYRICS FOR MOROSONGS
TALES IN THE VOICE OF THE TROUBADOUR

Click on any title to see the lyrics for that song.
Click again to close the tab.